Sardinia: A Touch of Spain Lingers On

When we were on tour in Sardinia last May, I recognized that the locals were not speaking Italian but I couldn’t identify what language it was. It was reminiscent of a Romance language but I couldn’t really grasp its origins.

There is a dialect called Sardinian and that’s what I thought I was hearing. Look at the names of some of the wineries and places we visited: Su’Entu, S’apposentu, Sa Mandra, Su Mantu. The street signs, especially in the northern city of Alghero, frequently had names that were not Italian but it was a puzzle until I read an article in today’s NY Times: Italy’s Last Bastion of Catalan Language Struggles to Keep It Alive. Then it all started to make sense.

If you look at a map, you see that the northeastern part of Spain, where Barcelona is located and the heart of Catalonia, is not that

far from Sardinia. In the 1400s, sailors from Spain landed in what is now Alghero  and established a military base.Catalonia maintained a presence on the island for over 300 years, enough time to leave an imprint on the culture and the language.

Now old timers in the Alghero area are afraid that the Catalan language is dying and with it, the vestiges of the Catalan culture. I’m amazed that the language, albeit in very limited forms, has even survived at all. Despite attempts to teach the language in schools, young people are doing what they are doing elsewhere in Italy: they are neglecting the language of their ancestors in favor of standard Italian. Evidently it’s not cool to speak dialects anymore. In southern Campania, where my ancestors come from, the local dialect, Buccinese, is only spoken by the old timers. In fact schools provide dictionaries of Buccinese/Italian so locals can understand dialectical words.

It appears to be part of the homogenization of culture. It is a pity that these local cultures will disappear and with them, language, customs, even recipes. We can only hope that the efforts to keep interest in local languages, such as Catalan, alive are successful.

Meanwhile I encourage you to read our blogs from Sardinia. 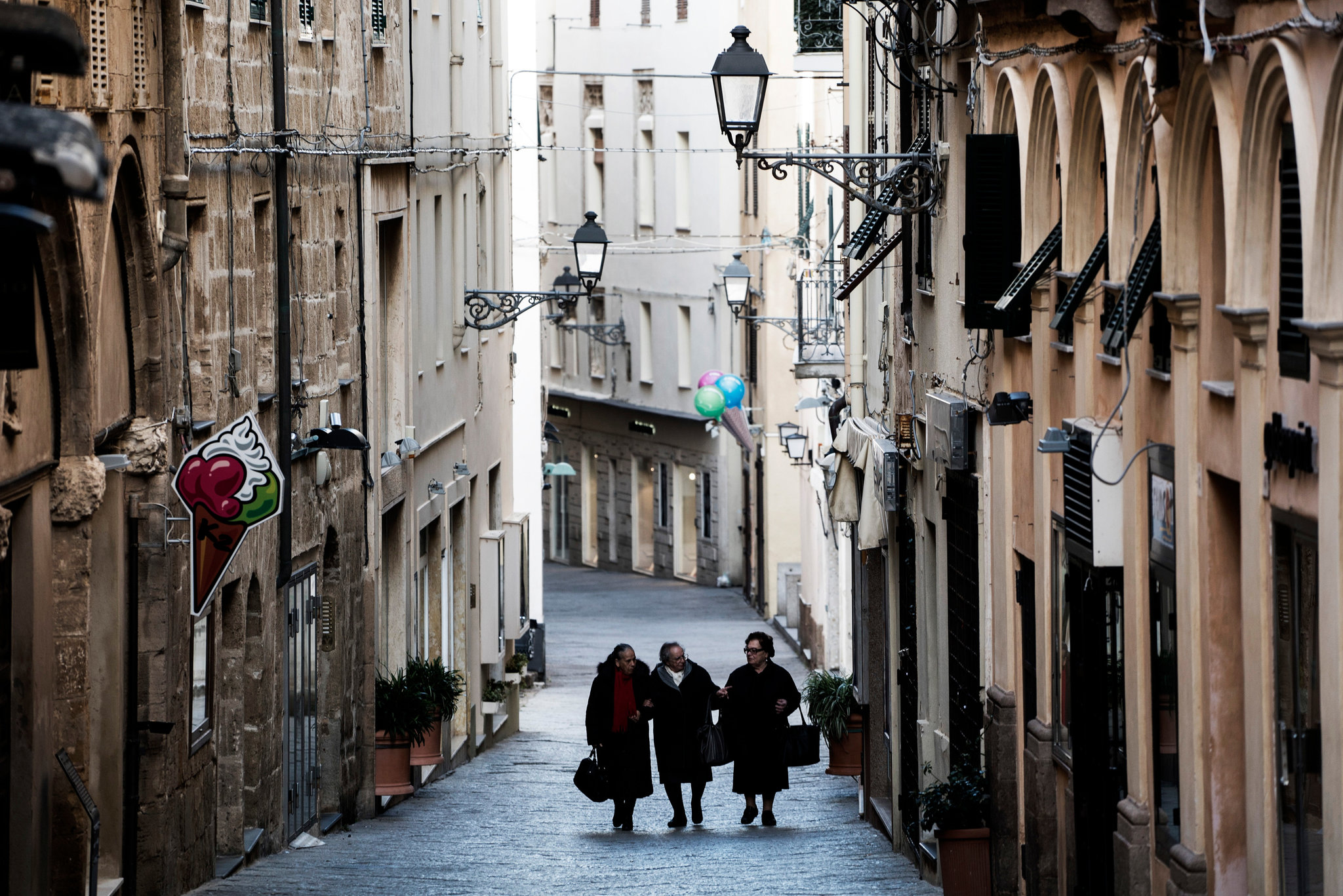